The History of Parliament’s schools competition enters its twelfth year in 2016. The winners will receive prizes of book tokens, and will be invited to Westminster with members of their family and teachers for the presentation of their prizes.

This year, we have changed the dates of our Key Stage Three (KS3) competition, to allow schoolchildren to take part across two school years. The closing date for this year’s competition is 1 December 2016.   Those entering the competition must meet the criteria as noted below.

Our KS3 competition has two options, both based on our website’s schools section and teaching materials. These materials are specially adapted from our research and include schemes of works for teachers.

There were no newspapers during the time of the Reformation, but imagine that there were. Entrants are asked to write a short newspaper report on the importance of one of the Kings or Queens to the period of religious change and the Reformation. They can also include information from their local area – perhaps including what happened to a local monastery or religious building. Students are advised to make use of our schools materials on the Reformation (with teachers’ guidance available here). 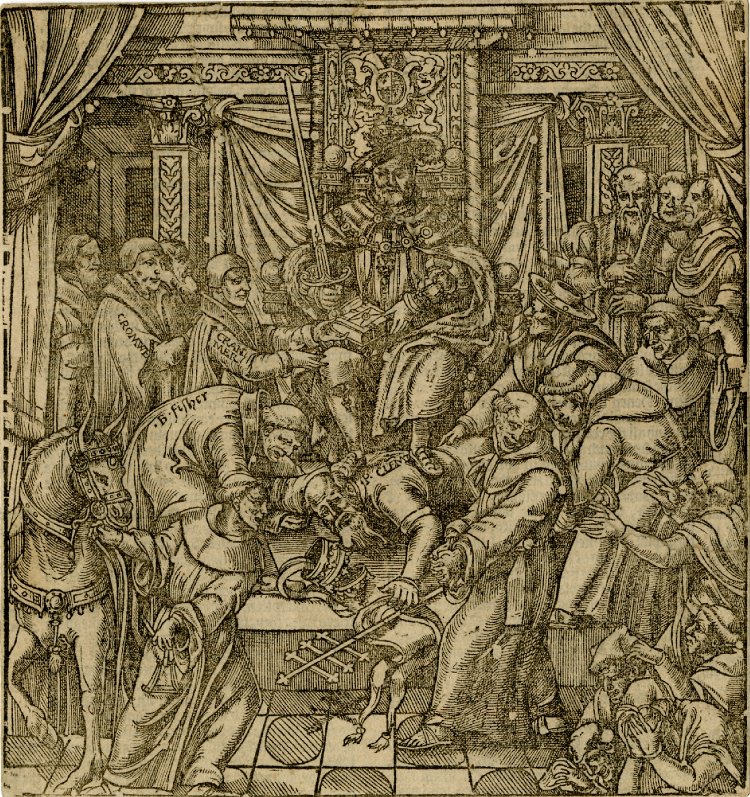 This option has been taken from the ‘extended activities’ section of our Learning activities: guidance.

You can also find out more about your local area during this period on our website in the 1509-1558 constituencies and 1558-1603 constituencies sections (full website).

Image: Henry VIII as Supreme Head of the English church, from Foxe's Book of Martyrs © The Trustees of the British Museum 1973 U 219

Entrants should choose one of these reform acts, and write a newspaper article about them either for a pro-Reform paper or an anti-Reform paper.

Information can be found throughout our Political Reform schools materials, but these articles should be particularly useful for the 1832 Reform Act:

There are also specific teaching resources and lesson plans, including lessons focussing specifically on these reform acts, available for teachers here.

The closing date for the competition is 1 December 2016. Good luck!

1. For individual entries, the winner of the competition will receive a prize of a book token for £75.  The winner will be invited to visit the Palace of Westminster with up to two other members of their family, and a member of the school staff, for the presentation of the prizes (the History will pay reasonable travel/accommodation expenses for the student and accompanying members of his/her family: normally expenses will be limited to a maximum of £300, and we regret that we cannot pay the travel or accommodation expenses of any accompanying school staff).

2. The competition is open to any student at a UK school or college who will not have passed his or her 15th birthday by 31st August 2016.

3. All entries must be accompanied by the following information, securely attached to or associated with the entry

4. We regret that entries cannot be individually acknowledged, and will not be returned after the competition.

5. Some entries may be used on www.historyofparliamentonline.org: those whose entries are used in this way will be contacted.

Competitions@histparl.ac.uk
(If sending entries by email, please send one email per individual entry)

8. Judging will be by a panel appointed by the History of Parliament.  Their decision will be final, and no correspondence can be entered into.

9. For each competition there will be one winner, although the judges may make special commendations if they think fit.