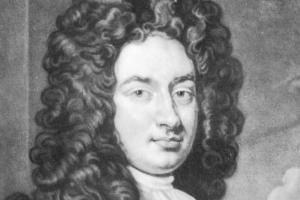 While attached to the Paris embassy in 1698, Stanhope contracted a friendship with the Duke of Orleans through the Duke’s tutor, the future Cardinal Dubois, which paid dividends when he became secretary of state and Orleans regent, with Dubois as his foreign minister.1 He owed his appointment as secretary of state to Lord Townshend, the head of the new Whig ministry, to whom he had been recommended by Walpole’s brother, Horace,

knowing indeed that he had a fruitful and luxurious genius in foreign affairs, which I hoped he would have suffered to be checked and pruned by Lord Townshend’s prudence, but I never imagined that he would have proved wild, mad, and ungrateful.

Returned at the general election by his father’s friend, the Duke of Somerset, he became the junior member of the ruling triumvirate in the Government, the others being his ‘old sworn friends’,2 Townshend and Walpole. In the Commons, where he was regarded as one of Walpole’s chief lieutenants, he is said to have ‘made many remarkable false steps in managing the business of the House’. According to Edward Wortley, writing about October 1715,

Mr. Stanhope, who has doubled his fortune in one year, as he thinks, by the favour of Lord Townshend, will always second what he does; and perhaps his want of judgment, or want of skill, in the affairs of the House, may give him a great opinion of Mr. Walpole ... what he says are commonly Mr. Walpole’s words.3

Yet little over a year later Stanhope, irked by Townshend’s checks on his diplomatic activities and attracted by the promise of a peerage, lent himself to a palace intrigue resulting in Townshend’s dismissal, Walpole’s resignation, and their replacement by their enemy, Lord Sunderland, as secretary of state, and by Stanhope at the Treasury. On learning of Stanhope’s conduct Townshend wrote to him:

My heart is so full with the thoughts of having received this treatment from you, to whom I have always been so faithful a friend, that you will excuse my not saying more at this time. I pray God forgive you; I do.

What could prevail on you to enter into such a scheme as this, and appear to be chief actor in it, and undertake to carry it through in all events, without which it could not have been undertaken, is unaccountable. I do swear to you that Lord Townshend has no way deserved it of you ... Believe me, Stanhope, he never thought you could enter into a combination with his enemies against him.

Stanhope’s transfer to the Treasury vacated his seat at Cockermouth, for which the Duke of Somerset, now in opposition, was not prepared to re-elect him. ‘Stanhope hath no interest in the nation’ the Duke wrote on hearing of Townshend’s dismissal:

He is to make friends when he is made a lord, for that part of the scheme one may dive into, that he is no more to expose himself to the contempt of the House of Commons.4

However, a vacancy in one of the Isle of Wight boroughs enabled him to return for a short time to the Commons, where in a financial debate on 20 May 1717

he ingenuously owned his incapacity for the affairs of the Treasury, which were so remote from his studies and inclination that therefore he would fain have kept the employment he had before, which was both more easy and more profitable to him; but he thought it his duty to obey the King’s commands.

He went on to make a personal attack on Walpole, saying that

he would endeavour to make up by application, honesty, and disinterestedness what he wanted in abilities and experience. That he would content himself with the salary and lawful perquisites of his office; and, though he had quitted a better place, he would not quarter himself upon anybody to make it up; that he had no brothers, nor other relations, to provide for; and that upon his first entering into the Treasury he had made a standing order against the late practice of granting reversions of places.

These remarks led to an altercation so violent that to prevent a duel the House passed a resolution forbidding the two statesmen to carry the dispute further.

At the end of the session Stanhope was duly raised to the Lords. He retained his Treasury posts, contrary to the unwritten rule that the chancellor of the Exchequer should sit in the House of Commons, till the following March, when he returned to the field of foreign affairs, which he thenceforth dominated, basing his policy on the Anglo-French alliance, a reversal of the previous policy of both countries, effected by himself in collaboration with his old friend, Dubois. He died suddenly, 5 Feb. 1721, on the eve of succeeding Marlborough as captain general, of an apoplectic fit brought on by the violence of his reply to an attack on the Government in the House of Lords, or, according to another account, by ‘a great debauch ... at the Duke of Newcastle’s,’ where ‘they drank excessively of new tokay, champagne, visney, and barba water, thirteen hours it is said’.5