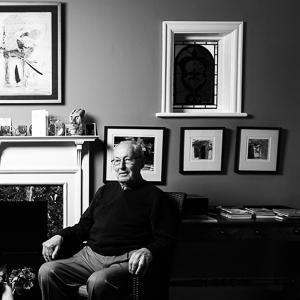 Christopher Price was born on 26 January 1932 and grew up in East Keswick, Yorkshire. Educated at Leeds Grammar School and The Queen’s College, Oxford, he joined the Labour party when he was sixteen and became a Sheffield City Councillor in 1962. He married Annie Grierson Ross in 1956.

Price became Labour MP for Birmingham, Perry Barr in 1966, after an unsuccessful attempt to win in Shipley in 1964. He was not re-elected in 1970, but returned to Parliament in 1974 to represent Lewisham West, holding his seat until 1983. His work in the House mainly focused on education: he was the Parliamentary Private Secretary for the Education Minister and served as Chairman of the Select Committee on Education, Science and the Arts. He was also a Member of the European Parliament.

Click here to listen to the full interview with Chris Price in the British Library.

My problem: I was neither left-wing nor right-wing. Frequently, however, I felt that Labour was doing the wrong thing and sometimes I blurted it out at the Labour party group, which was meant to be private, but it was not private at all.  So I never became at all popular with either the left or the right, within either Birmingham or the Labour Party in London. I tended to specialize in education because you have to specialize in something. A lot of Labour party MPs were brought up in working class homes, were terrible aware of the difference between working class people and others. The others had to sort of pick up things and specialize in something…There were probably a half dozen of MPs who were rather like me. When they felt the Labour Party has done wrong we just didn’t do it in private, they started doing it in public and saying “you are doing it all wrong”. Harold Wilson was brilliant, but after Harold Wilson…Callaghan, he irritated me, because he always sort of – I would be standing there and he’d put his arm around my shoulder: “How are you doing Chris? It’s all right for you, you know, with your first class honours degree” and I would say “Jim, I got a third class”, “Well, anyway it was in Oxford. Anyway, it’s all the same for people like you”. He was fairly bitter about the posh classes and this is why he and Wilson didn’t get along very well.