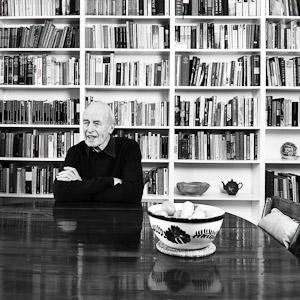 Dick Taverne was born in Sumatra, on 18 October 1928. He married Janice Hennessey in 1955. He was educated at Charterhouse School and Balliol College, Oxford, called to the Bar in 1954 and became QC in 1965.

Taverne first stood for Labour in Putney in 1959. He was elected in 1962, in a by-election in Lincoln. In Harold Wilson’s government he served in the Home Office and the Treasury. He took a strong pro-European line, and opposing nationalisation and too close a relationship between the party and the Trade Union movement, he left the Labour party and resigned his seat in 1972 after his stance on the European Common Market upset his local party. Becoming an independent Social Democrat, he won the subsequent by-election in 1973 but was defeated in 1974 general election. He subsequently became the first director of the Institute for Fiscal Studies.

Taverne joined the Social Democratic Party (SDP) and stood on behalf of the party twice, but was defeated both times. He later became a member of the Liberal Democrats and in 1996 was made a life peer as Baron Taverne of Pimlico.

Click here to listen to the full interview with Dick Taverne in the British Library.

“Then came the vote over the Common Market. … Wilson by then turned right round and said ‘we oppose entry’, swallowing every word he’d previously uttered in favour of joining. The question was what would the pro-European Labour MPs do? And led by Roy Jenkins we all said ‘No we are not going to change our minds’. And my local party was absolutely clear about it and they said: ‘If you vote for entry against the three line whip we will withdraw support’. So I did. And they did. A big battle ensued, in fact it became a national battle, because there was a Granada World in Action programme which televised a debate in which I confronted the leader of my local party, Leo Beckett, and some of his followers. In which they said ‘Didn’t we support you? Weren’t we on the door step with you?’ and I said ‘Yes you were and of course I take note of your opinions but I am not a puppet. I don’t vote as I am instructed by my party masters and I am going to vote for entry’. It was absolutely riveting. Lots of people said that this was really politics in the raw. They thought I’d gone mad to agree to this confrontation on television but I thought that at some stage I was going to have to fight my local party, I’d made up my mind I was going to stand as an independent, because I couldn’t live with them anymore. Sometimes my followers would just manage to be on top, sometimes the other way, but they were much more persistent. So I knew at some stage I would have to break and I thought I would make the debate public and lay the grounds for my successful challenge of standing as an independent social democrat against the local party, and against the Conservatives as well.”

Track 1 [1:24:23] Lord (Dick) Taverne [DT], born in jungle in Sumatra, 1928. Father a Dutch oil man. Family moved to London in 1939 for father to maintain Anglo-Dutch connection.[00:01:08] Got a scholarship to Charterhouse School. Family eventually moved back to London. [00:01:30] Parents conservative. DT had Labour sympathies while at school, one of only three boys he knew to welcome Labour victory in 1945. [00:02:00] No household religion. [00:02:15] DT talks of role school had in encouraging political thought. [00:02:55] Made Head of School. [00:03:04] Went straight to university, Balliol College, Oxford. [00:03:10] Talks of not undertaking National Service. [00:03:33] Joined all the political clubs, including Labour. [00:03:45] Comments on his flirtation with Marxism before becoming a social democrat. [00:04:20] Became chair of the Oxford Labour club. [00:04:58] Met his wife canvassing for Dr Edith Summerskill in the 1950 election. Canvassed with Bill Rodgers [BR] and Gerald Kaufman. [00:05:40] Shirley Williams, then Catlin, succeeded him as chair of the Labour club. [00:06:50] Talks of influences on his political thought, including Tony Crosland. [00:06:50] Called to the Bar in 1954 upon which he suspended his political ambitions to focus on developing his practice. [00:07:08] Description of meeting with BR in 1958 when DT was persuaded to run for parliament in Putney and his subsequent selection over Anne Clark, later Kerr. [00:08:45] Remarks on question given to candidates regarding Britain’s attitude to the Common Market, and his response that Britain should be part of it. [00:09:50] Comments on post-mortem of 1959 election, including Hugh Gaitskell’s [HG] belief that Clause IV was the problem and HG’s proposal to abandon it at the Labour conference. DT only person to stand up at conference to support Clause IV abolition. [00:11:00] Describes the by-election in Lincoln in 1961. [00:11:20] Only political activity in which DT involved in the interim was as treasurer of the Campaign for Democratic Socialism and in the battle for unilateral disarmament. [00:12:00] HG recommends DT to stand for by-election in Lincoln. [00:12:50] Elected as Member of Parliament for Lincoln in the 1962 by-election. Describes campaign, managed by Leo Beckett. [00:14:55] Describes first impressions of the House of Commons and anecdote of his first vote. [00:16:40] Describes Prime Minister’s Question Time. Anecdote about Harold MacMillan [HM] and the televising of parliament. [00:18:07] Refers to death of HG in 1963. [00:18:56] Discusses who impressed DT in parliament when he first joined. [00:20:25] Describes differences between parliament then and subsequently. [00:21:24] Mentions Roy Jenkins [RJ] as the dominating figure in parliament, as well as Enoch Powell. [00:22:33] Comments on his maiden speech and story about how DT had represented Tony Benn before the Committee of Privileges [TB] when he wanted to disclaim his peerage. [00:24:56] Description of the House’s facilities, services and staff, particularly the library. [00:28:20] Became Private Parliamentary Secretary to Denis Healey, then Secretary of State for Defence, when Labour came to power in 1964. [00:28:50]

Track 1 [cont. from 00:28:50] Describes pursuing his different campaigns and balancing this with being a barrister. [00:31:10] Describes working for his constituency. [00:33:20] Describes his relationship with the media, both local and national. [00:35:00] Describes the effect of being a member of parliament on his family. [00:37:33] Explains how he was a Crosland follower before he entered Parliament, and identified himself as a social democrat. [00:38:35] Mentions becoming a junior minister to RJ as Home Secretary. [00:39:00] Moves with RJ to the Treasury. [00:39:38] Describes the split with the left over reform of trade union legislation, particularly in his local party, and how this led to him becoming Independent, including DT’s views on threatened strike in Lincoln and his support for the Common Market. [00:42:00] Split with local party that followed, including Granada World in Action programme in which he confronted Leo Beckett and others in the party. [00:46:13] Describes attitude of the Labour party towards him in the 1973 by-election. John Harris was DT’s campaign manager; Bill Rodgers’ wife came and campaigned for him. Tony Crosland spoke against him which was a let-down. RJ’s delight on his victory; support from young people in university Labour clubs. Describes attitude of Labour party after he returned to the House: was regarded as a traitor, as were people who supported him, including Andrew Faulds. But continued to meet friends, including through the 1963 club of social democrats. [00:47:40] Describes his book, Future of the Left: Lincoln and After, and his prediction that the social democrats would split and form an alliance with the Liberals. [00:49:00] Was approached by various Liberals, including Christopher Mayhew. Discusses his objections to Liberal policy. [00:52:14] Describes friendships with other parties, including Humphrey Berkeley, Julian Critchley and DT’s pair, John Biffen. [00:53:24] Describes the increase in importance of parliamentary committees. [00:54:58] Details his involvement with inter-parliamentary bodies and the launches of the Institute for Fiscal Studies and Sense About Science. [00:57:10] Elaborates on his appointment to a ministerial role, as junior minister to RJ, including an anecdote about Harold Wilson thinking DT untrustworthy. [1:00:14] Anecdote about Roy Hattersley [RH] being known as King Rat. [01:03:24] Details his attitude towards becoming a minister. [01:07:00] Describes speaking in the House on behalf of the Government. [01:07:39] Describes the role of civil servants in helping him prepare. [01:11:10] Did not look for another seat after being voted out, but stood as a Social Democratic Party candidate in Peckham and Dulwich not expecting to win. [01:12:00] Talks about life after the House of Commons, including his role as a non-executive director. [01:13:48] Describes joining the House of Lords in 1996 after RJ lobbying for DT to be appointed. Geoffrey Howe and John Wakeham spoke strongly in DT’s favour to John Major. Compares and contrasts the House of Lords with the Commons, including anecdotes on committees in both. [01:20:27] Discussion of anecdotes about parliamentary wit.