Home About the History of Parliament > Staff > Dr Beverly Adams 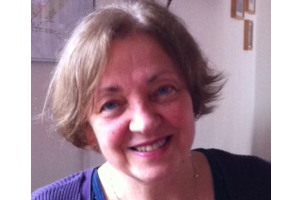 My work at the History of Parliament currently focuses on the bishops who sat in the House of Lords from 1660-1715. These include a range of prominent churchmen and political activists. I am also working on the rights of bishops to vote in the Lords’ trials of capital cases, and on the role of the episcopate in Wales.

My research interests include the history of Quakers in England, Wales and the Channel Islands during the 17th and 18th centuries and the broader religious history of Hertford during the same period. I am working on a book on the Quaker Sarah Stout entitled The Body in the Water. Religious Conflict in Hertford 1660-1702. My publications include:

- Articles on William Wake and Edmund Gibson in The Cambridge Handel Encyclopaedia (Cambridge, 2009)

- ‘The experience of defeat revisited: suffering, identity and the politics of obedience among Hertford Quakers, 1655-1665’, in C. Durston and J. Maltby (eds), Religion in Revolutionary England (Manchester, 2007).

- 'The “Durty Spirit” at Hertford: a falling out of Friends’, in Journal of Ecclesiastical History (October 2001)

- Lifestyle and Culture in Hertford: wills and inventories for the parishes of All Saints and Saint Andrew 1660-1725 (Hertford 1997)

- ‘Kleio and the Estate Economy’, in M. Woollard and P. Denley (eds), The Sorcerer’s Apprentice: Studies in Kleio (St. Katharinen, 1996)