Home About the History of Parliament > Staff > Dr Charles Littleton 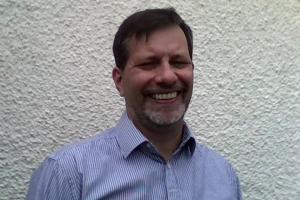 I am a Senior Research Fellow in the section working on the House of Lords from 1660 to 1832. I contributed over 200 articles and sections to the five-volume set on The History of Parliament: House of Lords 1660-1715 (Cambridge University Press, 2016). Among my biographical subjects are the: earls of Ailesbury; earls of Bridgwater; earls of Burlington; earls of Chesterfield; dukes of Devonshire; marquesses of Halifax; Barons Holles; earls of Huntingdon; duke of Kingston; earls of Macclesfield; earls of Pembroke; earl of Portland; earl of Strafford; earls of Stamford; earl of Torrington.

I am also a part-time Teaching Fellow at University College London who since 2010 have conducted a course on the History of Parliament (HIST 7401A) during the autumn term of each academic year.

- ‘ “So That my Estate May Continue in the Name and Blood of the Bennets for Ever”: The Bennet Brothers and the Perpetuation of the Bennet Family’, in Robin Eagles and Coleman A. Dennehy, eds. Henry Bennet, Earl of Arlington, And His World: Restoration Court, Politics And Diplomacy (Routledge, 2020)

- 'Abel Boyer and Other Huguenot Reporters of Parliament: Hansard avant la lettre?', in Vivenne Larminie, ed., Huguenot Networks 1560-1780: The Interactions and Impact of a Protestant Minority in Europe (Taylor and Francis, August 2017)

- 'Three (More) division lists form the Ailesbury Manuscripts: On the "Church in Danger" (1705), the Septennial Bill and Forfeited Estates of Jacobites (1716)', in Institutional Practice and Memory, a special issue of Parliamentary History 32:1 (2013), 253-273

- 'The Evolution of Parliament'; 'The Civil War'; 'The Glorious Revolution'; 'Parliament and Empire', sections of c. 15-20 pages each in Living Heritage section of the UK Parliament's website (completed 2009-10)