Home About the History of Parliament > Staff > Dr James Owen 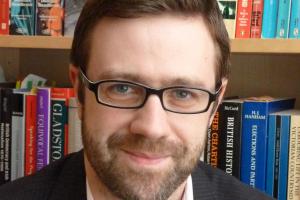 For the House of Commons, 1832-1868, project, I research and write articles focusing on the north-east and north-west of England.

I joined the History of Parliament in 2009 after two years of teaching British history to study-abroad American students, and a year spent teaching and researching in the United States. I completed my PhD at Cambridge in 2006. My main research interests include:

- The exportation of the culture of Westminster politics to the British Empire in the Victorian era; MPs who became colonial governors
- The impact of the North-American political system on nineteenth-century England; Victorian MPs and British labour activists who toured North America
- Party organisation, working-class radicalism and the ‘pre-history’ of the Labour party in Victorian England

- ‘Exporting the Westminster model: MPs and colonial governance in the Victorian era’, Britain and the World Journal (forthcoming, 2013)