Home About the History of Parliament > Staff > Dr Kathryn Rix 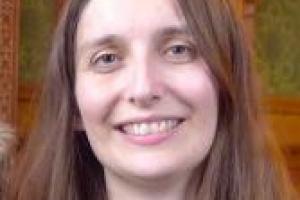 I joined the History of Parliament in 2009 after several years at Cambridge. I am the assistant editor of the House of Commons, 1832-1945 project. We are currently working on the period 1832-1868, for which I’m researching biographies of MPs and constituencies in Lancashire, Yorkshire and Suffolk.

I have a long-standing interest in the development of party organisation, changes in electoral culture, the interactions between the local and national dimensions of electoral politics, and legislative attempts to tackle electoral corruption. More recently I have begun working on parliamentary speech-making and the reporting of parliamentary proceedings.

I was a member of the project board for the Vote 100 project which organised a major exhibition in Westminster Hall to mark the 100th anniversary of partial female enfranchisement in 2018.

-- ‘“The elimination of corrupt practices in British elections”? Reassessing the impact of the 1883 Corrupt Practices Act’, English Historical Review, CXXIII (2008), 65-97