Home About the History of Parliament > Staff > Dr Paul Seaward 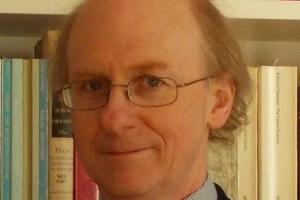 I have been Director of the History of Parliament since 2001, and was recently been awarded one of the British Academy / Wolfson Foundation Research Professorships for 2017 for a project on the history of Parliament as an institution over five hundred years, Reformation to Referendum. The project will take a thematic approach, based around concepts of time, space, memory, cultures and leadership. Before joining the History of Parliament I was a clerk in the House of Commons for thirteen years, including stints as clerk of the Public Service, Public Administration and Employment Committees, and periods in the Public Bill and Journal Offices. In 1984-88 I was the A.H. Lloyd Research Fellow at Christ’s College, Cambridge.

You can find out more about the 'Reformation to Referendum' project on my blog.

Apart from the project on parliamentary history, I am engaged on a biography of Edward Hyde, earl of Clarendon, and am joint editor, with Martin Dzelzainis, of the Oxford edition of the works of Clarendon.

- Chapters on the seventeenth and eighteenth centuries in A History of Oriel College (Oxford, forthcoming),

- (ed.) Speakers and the Speakership (a multi-authored volume of essays published as Parliamentary History, 29, 1 (2010)),

- (ed., with Ruth Paley and Beverly Adams, Robin Eagles and Charles Littleton) Honour, Interest and Power: An Illustrated History of the House of Lords, 1660-1715 (Boydell and Brewer 2010),

- ‘Clarendon, Tacitism, and the Civil Wars of Europe’, in The Uses of History in Early Modern England, edited by Paulina Kewes (Huntington Library Quarterly vol. 36 (2005)),

- (ed., with Mark Goldie and Tim Harris) The Politics of Religion in Restoration England (Basil Blackwell, 1990),

- The Cavalier Parliament and the Reconstruction of the Old Regime (Cambridge, 1989).