Home About the History of Parliament > Staff > Dr Robin Eagles 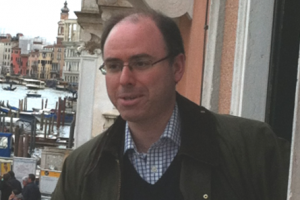 I joined the History in 2001 and worked on the House of Lords 1660-1715 volumes, contributing articles on members of the Whig Junto, on a number of courtiers and diplomats, and on peers with interests in the ‘heart of England’. In January 2018 I was appointed editor of the Lords 1660-1832 section and am now working on articles covering the period 1715-1790.

My own research interests span the period 1688-1788 with a particular emphasis on the experience of the aristocracy in the 1688 Revolution, opposition politics centred on Leicester House, the radical politician John Wilkes, and the old Palace of Westminster. I am currently co-editing (with Dr Coleman Dennehy) a volume of essays reappraising the major Restoration figure, Henry Bennet, earl of Arlington.

- ‘ “I Have Neither Interest nor Eloquence Sufficient to Prevaile”: The Duke of Shrewsbury and the Politics of Succession during the Reign of Anne’, (eBLJ, 2015),

- ‘”If he deserves it”: William of Orange’s pre-Revolution British contacts and Gilbert Burnet’s proposals for the post-Revolution administration’, in Clyve Jones, ed., Institutional Practice and Memory: Parliamentary People, Records and Histories. Essays in Honour of Sir John Sainty, (Parliamentary History 32:1, 2013),

- ‘Unnatural allies? The Oxfordshire elite from the exclusion crisis to the overthrow of James II’, (Parliamentary History, 26:3, Oct. 2007),

- ‘“The Only Disagreeable Thing in the Whole”: the Selection and Experience of the British Hostages for the Delivery of Cape Breton in Paris, 1748-1749’, in D.M. Medlin and K.H. Doig, eds., British-French Exchanges in the Eighteenth Century, (Cambridge Scholars Press, 2007),