Home About the History of Parliament > Staff > Dr Stephen Roberts 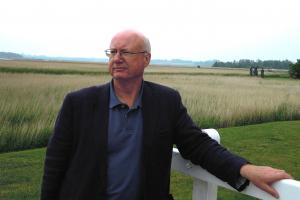 We have an exciting year in prospect at the History of Parliament.

We hope to launch a number of major publications. In the spring, Cambridge University Press will be publishing The House of Commons 1422-61 edited by Linda Clark in seven volumes. This landmark publication has the potential to transform understanding of the Wars of the Roses period, and is the culmination of many years of work by a dedicated team of specialist historians.

Later in the year, it will be the turn of The House of Lords 1604-29 to reach publication, again in the imprint of Cambridge University Press. Andrew Thrush is the editor of this three volume set, only the second in our House of Lords series to be published. It contains biographies of bishops as well as peers, and includes an Introductory Survey volume on the work and functions of the House of Lords under James I and the early years of the reign of Charles I.

A book by our Head of Development, Emma Peplow and our colleague, Priscila Pivatto, will be published this year, the first fruits to reach print of our Oral History Project. The book is The Political Lives of Postwar British MPs: an Oral History of Parliament, and is to be published by Bloomsbury Academic. The volume draws on our collection of oral history interviews, most of which are deposited at the British Library, with postwar British MPs to highlight their diverse political experiences in Parliament. Despite this publication the project continues and Emma will arrange training days in collaboration with the British Library for new volunteer interviewers later in 2020, for which we are recruiting.

Beyond publications, we have a full programme of events in Parliament and elsewhere, ranging from workshops for academics to discussions open to all, on subjects including women’s history, the South Sea Bubble of 1720 and the ‘trial’ of Queen Caroline in 1820. We will also be improving our digital offering by way of YouTube, podcasting and a major re-development of our website.

In order to make the most of our in-house academic expertise, in 2020 we are continuing to cultivate existing, and develop new, strategic partnerships with a number of public history organisations. This, along with an ever-increasing complement of outreach activities with universities, promises to keep the whole team busy.Please watch the website and our Twitter feed for full details as they are finalized.

My own historical specialism is that of Britain in the mid-seventeenth century, a turbulent period in the life of the country. It was also a period when Parliament played the widest range of parts in the life of the nation: some Parliaments met only for weeks and others were purged of Members, including by force, but one, the Parliament of the Commonwealth, wielded executive power and ran the country as supreme authority. The period provides an interesting vantage point from which to look retrospectively at earlier Parliaments before 1640 and forwards to those which followed a return to a measure of political stability after 1660.

- ed., A Ministry of Enthusiasm: Centenary Essays on the Workers’ Educational Association (2003),

I have also contributed extensively to the Oxford Dictionary of National Biography, and have written many articles on aspects of English and Welsh history in this period.