Home About the History of Parliament > Staff > Philip Baker 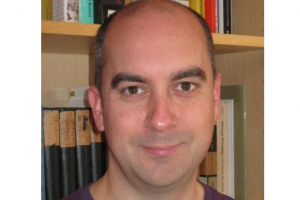 I joined the History of Parliament in January 2012 and am part of the research team working on the Leverhulme Trust-sponsored project, ‘The Parliamentary Proceedings of 1624’. This will produce a definitive edition of the proceedings in both Houses during this crucial Parliament, along with a wealth of important supplementary material, to be published online as well as in print. I edited numerous diary and journal accounts, some eighteen in total, that record the proceedings in the House of Commons during the life of the Parliament. These have been published on the British History Online between 2015 and 2018.

In addition to an interest in early modern Parliaments, my personal research centres on the period of the Civil War and Interregnum, with a particular focus on the Levellers and the topic of Civil War radicalism, and the political, social and economic history of early modern London. I am currently working on an article that explores the unofficial recording of parliamentary proceedings during the Elizabethan and early Stuart periods. My most recent publications include:

- “Londons Liberty in Chains Discovered’: The Levellers, the Civic Past and Popular Protest in Civil War London’, in M. Neufeld (ed.), Uses of the Past in Early Modern England, Huntington Library Quarterly, 76 (2013)

- 'The Franchise Debate Revisited: The Levellers and the Army', in S. Taylor and G. Tapsell (eds.), The Nature of the English Revolution Revisited: Essays in Honour of John Morrill (2013)

- ed. (with E. Vernon) The Agreements of the People, the Levellers and the Constitutional Crisis of the English Revolution  (2012)