During its heyday in the 15th Century, Coventry was the fourth largest city in England. However, by the Tudor period the wool trade, which had been so important to its success, was in decline.

The dissolution of the monasteries had a large effect on Coventry, as there were several different monasteries in the city and much of their property was obtained by the crown. Although many of the leading townsmen held Catholic beliefs, the Mayor Christopher Warren used money donated to the city to purchase the lands and build the famous cross that stood for 200 years.

There were two attempts to involve Coventry in rebellions against the Catholic Queen, Mary I. The first started before she even became Queen! Edward VI and his Lord Protector, the Duke of Northumberland, both wanted a Protestant to inherit the throne. They decided (although historians still argue about exactly who was behind the scheme) to declare both Mary and Elizabeth illegitimate and make Lady Jane Grey the next Queen. She was a young Protestant with a distant claim to the throne, and was related to the Duke of Northumberland. The Duke’s son John was at this time the Earl of Warwick and he tried to have Lady Jane Grey proclaimed Queen in Coventry. However, Warwick had little political sway in Coventry, and the people of the city supported Mary. The attempt failed. The rest of the country agreed with Coventry – Lady Jane Grey was ‘Queen’ for just 9 days, after the people, both Protestant and Catholic, overwhelmingly supported Mary. Northumberland and Warwick were executed for their part in the plot.

In 1554 Lady Jane Grey’s father, Henry Grey, Duke of Suffolk decided to join Wyatt’s rebellion against Mary’s marriage to Philip of Spain. This rebellion was most successful in Kent. The Duke of Suffolk tried to make Coventry the headquarters for his rising. However, the city’s mayor ordered the great gates shut to the rebels. The Duke of Suffolk was caught and executed in February. After this, Mary decided that Lady Jane Grey was too large a threat to her to live. Despite the fact she knew little about either rebellion, she too was executed.

The Reformation ended a long custom in the city. The ‘Corpus Christi’ pageants had been held in Coventry since the 14th century, and comprised a procession and a series of medieval ‘mystery plays’, which were based on texts in the Bible. They took place on Trinity Sunday, 8 weeks after Easter Sunday. Although many towns held similar plays, Coventry’s pageant was known for its quality and was extremely popular. Henry VIII, Katherine of Aragon and Princess Mary had all seen them. However, they were seen as a Catholic custom. They were suppressed for good in Elizabeth’s reign. 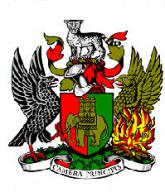 Parliamentary Constituency since the 15th Century

Coventry’s mayor Christopher Warren was also notorious for using the heresy laws to pursue his private vendettas, but this did not stop his service to the city.