Before Henry VIII’s reign, Wales was not represented in Parliament and instead governed by the ‘marcher lords’ – a group of powerful English land owners. However, Henry VIII and Thomas Cromwell wanted to secure the King’s power over Wales, and through the ‘acts of union’ brought the country under direct parliamentary rule. Thereafter there were Welsh seats in Parliament.

Denbighshire was one of four new shires created in 1536 to send a representative to Parliament. It covered parts of present day Gwynedd and Powys, its main towns Denbigh and Wrexham. The county was largely controlled by the Salusbury family, who originally came from England. During Elizabeth’s reign however their power was undermined. The head, Sir John, got into trouble with the government over financial mismanagement. Elizabeth I’s favourite Robert Dudley, Earl of Leicester, was made Baron of Denbigh. Dudley was a Protestant, and his plans for Denbigh included a large Protestant church. He also supported the publication of the Welsh Bible. The first version of the New Testament in Welsh was published by the Denbighshire scholar William Salesbury (a full Welsh Bible followed in 1588).

Under Elizabeth I, local politics became dominated by a pro-government and (mostly) Protestant faction comprised of Dudley and some of the Salusbury family. Many of the important local families, however, were Catholics, and they resented this group. They formed their own faction and even managed to get some of their candidates elected to Parliament, despite their Catholic sympathies.

Even after Dudley’s death, politics in the county divided along these lines. In 1601, the parliamentary election had to be postponed when both sides armed themselves! The eventual winner, Sir John Salusbury, was elected just three days before the parliament was dissolved. Many of the leading families in the county held on to their Catholic beliefs even after Elizabeth’s reign. 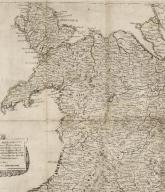 In 1584 the first Catholic martyr in Wales, the teacher Richard Gwyn, was hung, drawn and quartered in Wrexham for treason. He was accused of planning a rebellion and converting others to Catholicism.