In 1554, after long negotiations, the Pope, Julius III, agreed that the church would not try to claim back the lands sold off during the dissolution of the monasteries. This meant that many MPs and other important local figures who had bought these lands were less worried by the return of Catholicism. Mary now felt the time was right for the English church to once again join Rome. Contrary to her image as an uncompromising Catholic, she had moved cautiously.

This Parliament opened with a prayer for the Pope. On 30 November the Pope’s representative, Reginald Pole, formally forgave Parliament and the English people for leaving the Catholic Church.

Parliament then repealed the Act of Supremacy, and once again made the Pope the leader of the Church. It brought back the heresy laws. Under this act Mary persecuted Protestants, such as the famous Oxford martyrs. In total 229 men and 51 women were burnt at the stake, most in the South East and East Anglia. Because of this Mary has been remembered as ‘Bloody Mary’. 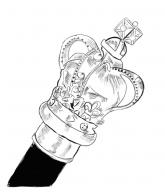 During the medieval period, heresy laws were used against the ‘Lollards’ a group of religious reformers who wanted, amongst other things, the Bible to be read in English.