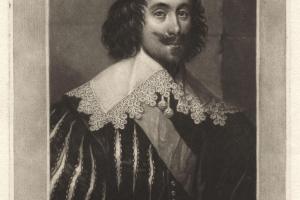 Fairfax was ‘sent into the Netherlands to train him up as a soldier’, but his martial father, in whose shadow he lived much of his life, considered him ‘a mere coward at fighting’, albeit ‘a tolerable country justice’. His first marriage, to a daughter of lord president Sheffield, was designed to heal a longstanding rift within the Fairfax family. It also offered him political patronage: Sheffield may have recommended him for a parliamentary seat at the Boroughbridge by-election of 1609. On this occasion Sir Thomas Vavasour was ultimately returned at the behest of lord treasurer Salisbury (Robert Cecil†), but Vavasour’s name was entered on the indenture over an erasure, suggesting that another candidate had originally been intended for the seat.12

Fairfax was subsequently returned for Boroughbridge in 1614, and although his wife was dead and Sheffield out of office by the time of the next election, his family wielded sufficient local interest to ensure his continued re-election until 1640. He was never very active in the Commons: he played no known part in the affairs of the Addled Parliament; while in 1621 he was named to two bill committees, one to clear the title to Temple Newsam, Yorkshire, facilitating its purchase by (Sir) Arthur Ingram* (1 May), and the other to control the practice of moor-burning in the northern counties (26 May). The latter bill was revived in 1624, when Fairfax was again appointed to the committee (13 April). In the same year, he exercised his right (as a Yorkshire MP) to attend two meetings of the committee for the bill to clear encumbrances on Prince Charles’s manor of Goathland, Yorkshire. In 1625, with his father’s election as knight of the shire facing a challenge from Sir John Savile*, he was named to the committee for privileges (21 June), although he is not recorded as having participated in its proceedings. He was named to two other committees, one for the bill to ease clerical subscription to the Canons of 1604 (27 June), and another to enable the trustees of Richard, 3rd earl of Dorset to sell lands to settle his debts (8 July).13

While Fairfax achieved little in Parliament, his letters to his family demonstrate a much greater involvement in current events than the official record would suggest. In December 1620 he reported on the gloomy prospects facing the Elector Palatine following the Battle of the White Mountain, but noted that two of his brothers then heading for the Palatinate as volunteers were, for the moment, in good health. Both fell in the defence of Frankenthal in the following year, while another brother was killed in France attempting to deliver a message to the Huguenot fortress of Montauban; Sir Ferdinando took pains to establish the circumstances of their deaths. In February 1624 he sent his father, then drafting a tract urging intervention in the Palatinate, a lengthy account of Buckingham’s analysis of the breakdown of negotiations for the Spanish Match, while a month later he reported the king’s reluctant agreement to break with Spain, observing that ‘there is nothing yet forwarded in that or any other business, though I doubt not but you have rumours enough in the country of taking arms, and instant war’.14

With his father also at Westminster in 1625, Fairfax had no need to write newsletters, but he resumed his correspondence in the 1626 session. At the outset of the Parliament, he was again named to the privileges committee (9 Feb.), and also to committees for bills to legalize the raising of a county rate for muster-masters (28 Mar.) and to facilitate searches for arms (14 March). In a letter of 24 Mar. he censured the recent expedition to Cadiz under Viscount Wimbledon (Sir Edward Cecil*) for ‘doing ... little with little judgment and less advantage’, noted the evasive answers of the Council of War when questioned about the expenditure of the 1624 subsidies, and summarized the Commons’ dilemma in debating the king’s insistent demands for generous supply:

if we give nothing, we not only incense the king, who is in his own nature extremely stiff, but endanger a ruin of the commonweal, as things now stand; and if we do give, it may perhaps not be employed the right way, and the more we part with, the more we shall want another time to bestow. If we give nothing, we must expect to be dissolved and live in apparent danger from abroad; if we give little, we must expect little from His Majesty in ease of our requests, and not be secure from our enemies.

He also conceded the existence of a credible threat of a Spanish landing. This letter expressed no overt hostility to Buckingham, but Fairfax’s actions in the Commons suggest that he offered some countenance to those who proposed to impeach the duke. Attacks on Buckingham initially focused on the duke’s orders to seize a French ship, the St. Peter, and on 1 Mar. Fairfax joined the attack, asking Sir Francis Stewart* why he had impounded some of the ship’s cargo; Sir John Eliot pounced upon this incident to illustrate his assertion that the duke had exceeded his authority as lord admiral. Later, on 27 Apr., Fairfax served as a teller for the yeas in a motion to go into committee of the whole House, to consider the provocative allegation that Buckingham and Charles had been responsible for poisoning King James. Thereafter, Fairfax kept a low profile, receiving only one other committee nomination, for the bill to punish Sir Robert Sharpeigh, patentee for a duty on Newcastle coal (1 June). He expressed his frustrations in a letter of 9 June:

we do nothing of what the commonweal may receive benefit, and that we intend is still furthest off. We have sat now four months, and the Parliament seemed to end with the first of them. Then we had some good bills ready, and were resolved to give subsidies; now we know not where we are. And certainly His Majesty will refuse his monies rather than satisfy our expectations in the duke, whose greatness, power and courses make us still conceive no safety so long as he continues at this height or is in danger of further growth.

He noted how John Lowther*, one of Buckingham’s creatures, had been knighted and appointed to the Council in the North, while another, Sir John Savile, had been attacked in the Commons, but correctly predicted that the latter would escape censure because of the king’s renewed demands for supply.15

Fairfax’s letters during the 1626 Parliament demonstrate a peculiar equivocation: he was clearly frustrated at the inept conduct of the war with Spain, but did not wish to abandon the Protestant cause in pursuit of a purely domestic vendetta against Buckingham. Thus in the aftermath of the dissolution, whereas he lent a sympathetic ear to his brother-in-law Sir William Constable*, who refused the Forced Loan, his father accepted Savile’s offer of a Scottish peerage and he was himself active in the collection of the Loan. However, when rumours of a fresh Parliament circulated in January 1628, he approached Christopher Wandesford* to offer a pact between his cousin, Henry Belasyse*, and Sir Thomas Wentworth* for the county seats, a combination which defeated the Saviles at the general election. Fairfax was almost invisible during the 1628 session, being named to a single committee for a naturalization bill (7 May). No correspondence survives from this session, but in 1629, arriving late, he forecast ‘a long work, or a short and abrupt conclusion’, citing the question of Arminianism as ‘the greatest that can concern this kingdom’. A week later, he outlined the dispute over John Rolle’s* case:

we endeavour to possess the merchants with their goods, which have been violently taken from them, before the bill of Tunnage and Poundage receive any reading, but we fear some rubs which may make this Parliament very long unless it end in such disturbance.

He also outlined a complaint about Scottish and Irish peerages which had been launched by his own relative, Sir Thomas Belasyse*, who had acquired an expensive English barony only to find himself outranked by Sir Thomas Fairfax II*, who had bought an Irish viscountcy for a quarter of the price he had paid. Fairfax assured his father that the king was unlikely to grant the English peerage absolute precedence, but observed that Belasyse ‘has done himself small honour and occasioned an injury which may justly work an ill affection hereafter’.16

Fairfax maintained an active role in local administration during the 1630s, and took command of his father’s militia regiment during the Bishops’ Wars, but he sided with the radicals in the Long Parliament, and was appointed commander of the parliamentarian forces in the north at the outbreak of the Civil War. He died on 14 Mar. 1648 at Denton, of a gangrenous foot, and was succeeded by his eldest son, Sir Thomas Fairfax†, lord general of the New Model Army, who was recruited to the Rump in 1649.17