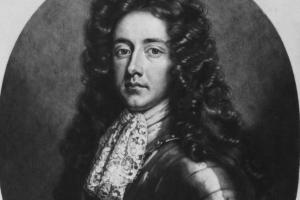 Booth was returned for Cheshire at a by-election in March 1678. Shaftesbury marked him ‘thrice worthy’, and he became a moderately active Member in the closing sessions of the Cavalier Parliament, in which he made six speeches and was named to 11 committees. When the House adjourned for a fortnight on 15 Apr., he was added to the committee to ‘perfect’, during the recess, the inquiry into the growth of Popery. He opposed the peace treaties arranged between France and Holland, declaring on 4 May that

I have the heart of an Englishman and the courage to declare it. I cannot say this is for the interest of the nation. ... I am for war, if it can be but for employing these new raised men anywhere. It is strange there should be such haste to raise these men and now we have nothing but towards peace.

He urged the replacement of ‘indigent people’ in the royal counsels by ‘persons of merit and worth’, acted as teller for an address for their removal, and helped to draft it. He moved that no further supply should be granted ‘to make the King as absolute as the King of France’. He was appointed to the committees to inquire into the Popish Plot and to examine Coleman. He seconded the motion of the Hon. William Russell on 4 Nov. for an address that the Duke of York might be excluded from the King’s presence and councils. He was sent to the Upper House to desire a conference on the Queen’s Roman Catholic servants, and to seek the Lords’ concurrence to the militia bill, and helped to draw up the instructions for the disbandment commissioners. But on 11 Dec. he was found to have departed the House without leave and sent for in custody.3

Booth was re-elected to the three Exclusion Parliaments. A member of the Green Ribbon Club, he was marked ‘worthy’ on Shaftesbury’s list. He was moderately active in 1679, being appointed to ten committees and telling in two divisions. He was among those sent to ask the King to entrust the safety of the informer Bedloe to the Duke of Monmouth. On 22 Mar. he protested vehemently against Danby’s pardon, asserting that ‘if these pardons are thus obtained, it will be such an encouragement to rogues’. He was named to the committees to examine the disbandment accounts and to investigate a complaint about the prisoners in the Tower. On 8 Apr. he was ordered to desire a conference with the Lords on their amendments to Danby’s attainder. Two days later, after acting suc cessfully as teller against an adjournment motion, he was among those ordered to bring in a bill extending the ban on the import of cattle from Ireland. On 24 Apr. he was sent to the Lords to desire a conference on the methods of trial by impeachment. He made his first direct attack on the Duke of York on 11 May. ‘Shall we support a man whose principle it is to destroy the religion and gentry of England?’, he asked, and voted for the first exclusion bill. When the Government ventured to ask for supply for the fleet, Booth listed the demands of the Opposition:

Let us see them re-assume the crown lands that have been given away, and pensions taken off the revenue. Let us see justice done upon the [lord] treasurer, the prisoners [in the Tower] executed, Lauderdale removed, and the fleet purged from Papists. ... I hope you will not give any money now.

He was teller for the second reading of the Irish cattle bill, and was appointed to the committee.4

Booth was re-elected in September probably unopposed. In April 1680 he was removed as j.p. and custos rotulorum, a post which he claimed to have been in his family for generations. When the House met he spoke in protest against the purges, not, he said, in his own case, which he ascribed to the fact that he had ‘helped to convict 5,000 Papists in Lancashire’, but on behalf of his fellow countryman, (Sir) Thomas Mainwaring.

For my part it has gained me ground and I believe every gentleman else finds his countrymen not to esteem the worse of him. ... Therefore for my part I am very thankful that I am put out. ... In any age but this it would be a great reflection on a gentleman to be turned out of a commission of the peace; but God be thanked, the nation sees very plainly who and what sort of persons rule the roost. By all the inquiry I can make, I do not find that any man is put out but such as were very active against the Papists, such as are against arbitrary government and such as approved the bill against the Duke.

Booth continued to attack the Duke of York and the policies of the Government. On 27 Oct. he urged the Commons to refuse to consider supply until the King had accepted their bills for securing the Protestant religion, and moved the reading of the resolution of the previous Parliament ‘that should his Majesty come to a violent death, they would revenge it to the uttermost upon the Papists’. On 13 Nov. he violently attacked Judge Jeffreys, particularly in his capacity as chief justice of Chester, and helped to draft the address for his removal from office. He was named to the committee for the impeachment of Edward Seymour, and took the chair for the bill to regulate the trial of peers, which he returned to the Lords on 16 Dec. When on the eve of prorogation the King asked the Commons to recommend any means, other than exclusion, for securing the Protestant religion, he said:

It is strange that those who have prevailed with the King to reject this bill, if Protestants, should be so unconcerned in the welfare of the Protestant religion, as not to offer what expedients they have to secure it any other way ... and therefore seeing that we are not like to do anything by bill, ... let us make such votes as may be serviceable to our country, viz. 1. That the King’s person nor Protestant religion cannot be secured any way without the exclusion bill. 2. That we can give no money without endangering the King’s person and Protestant religion until we have that bill. 3. That being supplies for all public money ought to come from this House, there being no other way to supply the King with the love of his people as well as with money, let us pass a vote to prevent anticipation on the revenue and other supplies. And because I believe ... that there are them that advised the dissolution of this Parliament ... let us, while we may, pass our censure on such persons, for only God knows when we shall be permitted to sit here again.

Again a moderately active Member, he had been appointed to eight committees, and made seven speeches. Despite his uncompromising stand he was reappointed to local office in January.5

The Cheshire election of 1681 was carried decisively by Booth and Sir Robert Cotton. In his acceptance speech (later circulated in pamphlet form) Booth complained of ‘this bustle, this unnecessary charge and expense’. His opponents had said that he was ‘very obnoxious to the King, but they did not tell you I am restored to my former station in the commission of the peace, without seeking it or desiring it’. He went on to refute the charge that he was

an evil man to the King and Church. I know not where I ever gave my vote to impair the King’s prerogative, for this is my principle, and hath ever been my opinion, that the King’s prerogative, when rightly used, is for the good and benefit of the people, and the liberties and properties of the people are for the support of the crown and of the King’s prerogatives, when they are not abused. But this blessed harmony may sometimes be disordered either by the influence of some ill counsel about the King, who, to obtain their own ends, do not care to ruin their King and master; or else from the restless spirits of some ambitious men of broken fortunes who hope to repair them out of other men’s estates.

In a speech in the Oxford Parliament he referred to the address drawn up by his supporters, conveniently ignoring the opposing address which had urged the Commons to ‘cheerfully’ vote for supplies, and said

I have it in command from the county I have the honour to serve for, that they apprehend that no expedient to preserve religion in case of a popish successor, but makes the remedy worse than the disease, unless the bill exclude the Duke from the succession of the Crown; and I have as yet heard no reason given by any man against it; but there is an a liquid latet. If the Duke be not set aside, I am sure the Government will be. Therefore, I move for the bill of exclusion,

and he was named to the committee to prepare the bill.6

When Monmouth made his northern tour in 1682, Booth was prominent among those who welcomed him in Cheshire, and on 30 Sept. Sir Leoline Jenkins ordered his removal from the commission of the peace. In 1683 he was among those whom the grand jury at Chester ordered to give security to keep the peace. After the Rye House Plot he was sent to the Tower, and his house was searched for arms, though ‘only three case of pistols were found’. In November he petitioned the King for his discharge, and he was shortly afterwards released on bail.7

Booth succeeded to the peerage as Lord Delamer in 1684, and in the following year planned to bring out the Cheshire militia in support of Monmouth. He was charged with treason, but succeeded in discrediting the chief witness for the prosecution, and was acquitted by his peers. Listed among the Opposition to James II, he took an active part in the Revolution, and was made chancellor of the Exchequer and lord lieutenant. He was removed from the treasury board in 1690 and, though compensated with a pension and a step in the peerage, went into Opposition. He died on 2 Jan. 1694, and was buried at Bowdon, Cheshire. A younger son, Langham Booth, sat for Cheshire as a Whig. A collection of speeches, prayers, essays and other writings was published shortly after his death. Taken together, they are a summary of the classic Whig philosophy. Puritanically inclined himself, his sympathy for the dissenters and his lack of it for the episcopate and the ceremonies of the established Church are clearly revealed. He was, of course, a staunch advocate of the powers and privileges of Parliament, but he was not a republican. In a speech to the grand jury at Chester he asserted that

I find I have been accused to be a commonwealth’s man, but were I permitted to speak for myself, I would say that I like this constitution under King, Lords and Commons better than any other.8