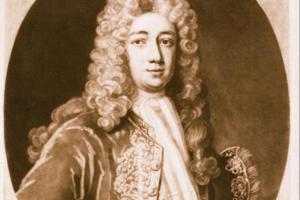 Cotton succeeded his father at the age of 20 shortly after the general election of 1715, at which a Chirk Castle candidate had won Denbigh borough from the sitting Member, supported by the Llewenny interest.1 At a by-election for the county in 1716 he retorted by assisting Watkin Williams to oust the Myddeltons from a seat which they had held for over thirty years. In 1722 he again co-operated with Wynn against the Myddeltons in the county election, but left them in undisturbed possession of the borough where their hold had been strengthened by a judicial decision in 1717.

Returned for Cheshire in 1727, Cotton generally acted with the Government, though voting against them on the army in 1732. Losing his seat in 1734, he agreed in 1739 to join the anti-Wynn coalition in North Wales on condition that he himself should stand for Denbighshire, but after being nominated at a county meeting he announced that he would stand only ‘if every gentleman in the county would be at the expense of his own interest’. Soon afterwards he withdrew his candidature. He next concluded an advantageous agreement with Wynn, under which, in return for Cotton’s support in the county election, Wynn undertook to support Cotton for the borough and to pay the cost of both elections, so that ‘the old miser made a safe bargain’. On this at the request of the Myddeltons the Administration through H. A. Herbert invited Cotton to stand for Montgomeryshire, which had just fallen vacant, all his expenses to be paid. Cotton declined, not from loyalty to Wynn - ‘I have no reason to love the Watkinites’, he told his brother, ‘for what they want of me is to serve their turn’ - but because he considered his prospects were better at Denbigh. He was then offered a safe seat in Cornwall but again declined, declaring that he was ‘determined to out with the Myddeltons and Jacobites from the old borough, and restore it once more to the old family who formerly had it in possession’.2 It was not till the Administration had raised their offer to include a lucrative office for his brother that he agreed to desist from standing for Denbigh and to join his interest there with that of the Myddeltons, while continuing to support Wynn for the county.

Cotton is not recorded as voting in the 1741 Parliament, but he was invited to the Cockpit meeting in 1742 and classed as ‘Old Whig’ in 1746. During the war he invested in the privateering business, writing in 1747 to his sister:

One of my privateers has taken another prize, a ship with 600 bales of Spanish wool on board, God send it turns out better than the last of tea, but I am an unfortunate dog in everything.3