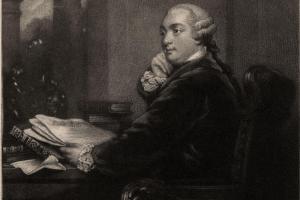 ‘The Marquis of Titchfield’, wrote Mrs. Delany to Mrs. Dewes, 16 Dec. 1757,1 ‘set out on Monday with Mr. Keith,2 who is going as envoy to Russia’; he went via Hamburg to Warsaw, where he remained for over a year with Lord Stormont, envoy to Poland. In 1759-60 he travelled with Benjamin Langlois through Germany to Italy, spent a year in Turin, and then proceeded to Florence. ‘Three and a half years I think a very long absence’, wrote the Duchess of Portland on 15 June 1761;3 in addition, Titchfield was spending more money than the family could afford.4 On 17 Oct. 1761 Horace Mann wrote from Florence to Horace Walpole: ‘Lord Titchfield leaves this place in a few days on his return home, without seeing Rome, so pressing are the Duke of Portland’s entreaties to him.’

Titchfield in his absence had been returned for Weobley by his brother-in-law, Lord Weymouth. His career in the Commons was short and uneventful, and no vote or speech by him is recorded. As a peer he was a prominent member of the Rockingham group, close to Rockingham (who liked and trusted him), but by himself of no weight in the House.

For a Duke he was not rich, and both he and his brother were extravagant. A document drawn up at the time of his marriage5 shows that his estates (which were heavily mortgaged) brought in just over £9000 p.a.; from which had to be deducted a rent charge of £1600 p.a. to the dowager Duchess. Lady Dorothy Cavendish brought him £30,000. On the death of his mother in 1785 he inherited the Cavendish estates in Derbyshire and Nottinghamshire, estimated to be worth £12,000 p.a.6

The 2nd Duke of Portland had no electoral influence; the 3rd Duke showed a turn for electioneering and made a success of it. In 1765 he captured Wigan; and in 1768, in the great fight with Sir James Lowther, won both seats for Cumberland and Carlisle. He was at first ready to take risks (and also liable to be imposed upon),7 but as he grew older became more cautious. By 1784 he had withdrawn from Carlisle and lost much of his influence at Wigan; while his position in Cumberland was due to his being the leader of the anti-Lowther party rather than to his own interest.

On Rockingham’s death he became the titular leader of the party. But Charles James Fox was the real driving force, and Portland would not have become head of the Coalition ministry had he not been content to be led by Fox. In 1794, strongly pressed by Burke and Windham and after much dithering, he led the bulk of his followers over to Pitt, protesting to the last that he remained a Whig.