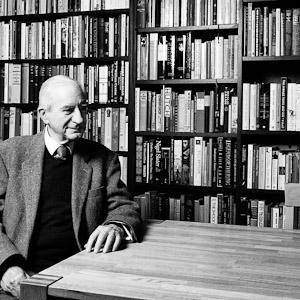 Michael English was born in Southport on 24 December 1930. He was educated at King George V Grammar School in Southport and Liverpool University. He married Carol Christine Owen in 1976.

English joined the Labour Party at 18. Four years later he became a Councillor in Rochdale, where he stayed until 1965. He unsuccessfully contested the safe Tory seat of Shipley in 1959, but entered Parliament as MP for Nottingham West in 1964. He held the seat until 1983, when it was abolished by boundary changes. In Parliament, English served in several select committees and on the Chairmen's Panel. He subsequently served in a number of positions in local politics in Lambeth and London.

"The first job I was given was to sit on the publications and parliamentary proceedings committee, a very ancient committee in some form and I looked at its terms of reference which had in fact been amended by a broadcaster who was an MP a generation before. …. So I looked at this and I said to the Chairman, who was Tom Driberg who was always game for a bit of publicity, I said ‘why don’t we look at broadcasting of the House?’ So he announced this to a press conference. Chaos broke out in every direction but we did it, because Ted Short, brave man, came back, and said ‘well we’ve checked it out, clerks say it’s within your powers, so carry on’. So we did carry on: we produced a report which recommended the House be broadcast… Dick Crossman as Leader of the House was a disaster …because he had the job of pushing this through, gently. It was an all party thing, you voted according to your free wish. Therefore he decided to be as impartial as possible. So he wrote the first half of his speech advocating the televising of the House and the second part advocating that we don’t. Everbody believed him, and the thing lost by one vote. We never forgave him for that… He had literally produced a hung House of Commons."

Track 1 [3:22:48] [26 April 2012] Michael English (ME). Description of first memory aged 18 months, on holiday in Cornwall. [01:42] Description of Irish father, born 1878. Description of grandfather who died aged 47, who was a linen manufacturer. Grandfather owned a firm called ‘English’, and sold it to a man named Jenkins before moving to New York. Grandmother later came out with her children to join grandfather. Grandmother and children soon sailed back because grandfather died after catching pneumonia.  Docked in Liverpool and decided to stay. Grandmother died 1920s. Father apprenticed as a cabinet maker to a cousin named Macmillan. Cousins originated from Ballymina. [05:10) Description of origins of the name ‘English’. Description of honeymoon in Ireland with wife. Met Derrick Fitzgerald while on honeymoon. Father became clerk on the railways and worked his way up to a commercial manager’s position by the time he died. Mother never worked. His grandmother (on his mother’s side) died when his mother was two years old. His grandfather (on his mother’s side) was from Paisley, worked on Gold Coast and settled in Manchester; mother born in Manchester. Description of how parents met. Father did not fight in First World War because he worked on the railways (reserved occupation). Born 24 December 1930. Description of sister, now aged 91, and her occupations pre and post-Second World War. [18:28] Description of witnessing father dying in 1939, aged 60. Description of financial difficulties after death of father. Description of the history of Southport. Description of house in Southport. Sister went to work after death of father. Description of going to primary school. Achieved good marks but lots of absences because of illness. Well taken care of by Merseyside NHS. Diagnosed with abdominal TB. Was taken out of school and tutored at home. Read Herodotus . Health problems disappeared at age 14. [42:45] Describes period of home tutoring as the best part of his education. Attended the local grammar school at age 14. Very good tutors at school, especially history. History was his favourite subject. Attained second best marks in the school. Didn’t enjoy social side of school as much as educational. Had lots of Jewish friends. [50:10] Didn’t really become interested in politics at school, but enjoyed political history. Talks about John Clapham, John Maynard Keynes and the historiography of British history. Began taking sciences at sixth form but switched to humanities. [54:20] Admitted into law faculty at Liverpool University without taking exams after visiting the Dean.  [56:20] First got interested in politics at university. Joined local Labour party in Liverpool. After university got a job with Turner Brothers Asbestos company. Became a local councillor in Rochdale aged 22. Description of Lancashire political history. [01:02:20] Description of political beliefs and practices. [01:03:00]

Track 1 [cont. from 01.03.00] Description of how ME got elected to Rochdale council. Had a lot of Catholic and Jewish support. [01:06:55] Description of trade union influence on Labour Party. [01:09:02] At age 27 he was elected chairman of finance at the council. It was at this point he thought about getting elected for Parliament. Ran for MP for Shipley in 1959 aged 33. Got personal support from Gaitskell in election campaign. Didn’t expect to win. Small swing to Labour but lost election. Favoured Harold Wilson for leader after Gaitskell’s death. [01:04:10] Description of campaign for Nottingham West in 1964. Overturned Conservative majority of 164. Had to contribute personal finances. [01:17:50] Description of entering the House for the first time. Raised point of order before making maiden speech, quoting Erskine May. Became chair of the subcommittee of the Expenditure Committee, which became the Treasury and Civil Service Committee. Left Turner Brothers when entered the House. Describes Harold Wilson as a master tactician. [01:24:10] Impressed by Iain Macleod and Robin Turton. Description of Turton in Rhodesia. [01:30:15] description of social life in the House of Commons and his role in changing the procedures of select committees. [130:02:10] Description of visit to United States soon after Kennedy was killed. [01:37:05] Description of relationship with Labour Whips and difficulty of relationship between Leaders of the House and Chief Whip. [01:40:00] Surprised by certain inefficiencies of the House when he first became an MP. [01:44:40] Description of All Party Groups and the Chamber of the House of Commons. Description of Michael Foot. [01:50:50] Description of maiden speech and point of order he raised when he entered the House. [01:55:35] Had no intention of becoming a Minister – preferred to run a select committee. Jim Callaghan asked whether he would like a promotion to junior minister. Description of Rab Butler. [02:02:00] Description of main successes as an MP. Description of relationship with Ted Short and his role in reforming procedure committees. Description of Michael Foot’s dislike of select committees. [02:08:15] Description of Ted Heath taking Britain into the Common Market. [02:14:00] Description of why he was against joining the Common Market and the Euro. Description of the German central banker whose father had put Hitler in Jail. Describes himself as a deist. [02:24:10] Describes Parliamentary salary as not being adequate to support himself. Thinks public servants are underpaid. Did not supplement his income while in parliament. Lived in Chelsea. Initially shared a secretary with two other MPs before getting his own. Not a member of any political clubs in Parliament. [02:29:00]

Track 1 [cont. from 02:29:00] Describes social life in London during the 1960s. Describes going to the Miss World contest. Describes constituency and national issues that he was involved with. Describes Nottingham specific issues and holding surgeries. Describes what makes a good speaker. Describes voting system in local elections. Talks about MEPs. Describes relationship between MP and constituent. [02:47:25] Describes relationship with local press. Gives opinion of Conservative/Lib Dem coalition. Describes change of role and power of local authorities over time. Compares British and United States political system. Describes relationship between Shirley Williams and the National Union of Teachers. [02:55:45] Describes MPs he got on best with and why: mostly Stockport colleagues Eric Moonman, Arthur Davidson. Describes importance of the introduction of universal education. Describes advantages and disadvantages of belonging to factions/groups in Parliament. Describes writing for newspapers and magazines, such as for The Spectator, about the Common Market. [03:02:45] Describes getting married in 1975 and having children. Describes difficulties of balancing Parliamentary and personal life. Describes admiration for Donald Stewart. Compares Scottish National Party with the Liberal Party. [03:07:35] Describes difficulty for Labour MPs to get elected in 1983. Describes what it was like to leave Parliament. Describes various pressures on MPs and how these have increased over the years.  Describes David Logan MP. Describes sitting on the Procedure Committee in 1964 and his role in getting the House televised. Describes Dick Crossman as Leader of the House.

Track 2 [39:41] Describes inefficiencies in the House of Commons while he was an MP, some of which have now been resolved. Describes some of the traditions of the House. Describes what he missed about being an MP, particularly the quality of political conversation. [09:35] Describes what he would have done if he hadn’t become an MP. Describes the 1979 vote of no confidence in the government of Jim Callaghan and his friendship with Lord Cocks and Walter Harrison. Describes the advantages and disadvantages of giving witty speeches. [16:30] Describes Hugh Gaitskell getting heckled in Bradford and himself giving a speech at the same event against the Common Market. Describes why he didn’t like defining himself with political labels. Describes being sacked for his opposition to the Common Market. [20:45] Describes Douglas Jay’s respect for Harold Wilson. Describes Butler and Kavanagh series of books on General Elections. Describes going to Spain at the invitation of the OECD soon after Franco died to attend a conference entitled ‘Change in the Public Administration’. [30:45] Talks about the Cortes de Leon in 1188 and his theories on the origins of parliamentary democracy. [36:25] Describes his sadness at the passage of the European Communities Act and the lack of a referendum.