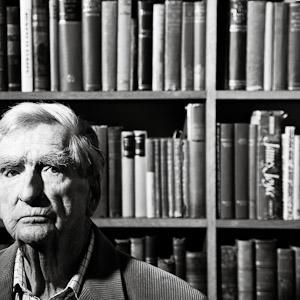 Denis Winston Healey was born in London in 30 August 1917, but brought up in Keighley in the West Riding of Yorkshire. He was educated at Bradford Grammar School and Balliol College, Oxford, becoming chairman of the Labour Club at Oxford. Healey joined the Army in 1940 and served in North Africa and Italy. He married Edna May Edmunds in 1945.

Healey unsuccessfully contested the safe Conservative seat of Pudsey and Otley for Labour in the 1945 General Election. He became the Secretary of the International Department of the Labour Party. He entered Parliament in 1952, winning a by-election at Leeds South East. He held the seat until 1955; from 1955 until 1992 he sat for Leeds Eas.

In 1964 Healey joined the cabinet as Secretary of State for Defence, a position he held until the Labour defeat in 1970. When Labour returned to government in 1974 he became Chancellor of the Exchequer. His years in the Treasury, until 1979, were marked by an economic and political crisis, at its climax the negotiation of a loan from the International Monetary Fund in 1976.

After electoral defeat in 1979 Denis Healey was elected Deputy Leader to Michael Foot in 1980 and survived a bitterly-fought challenge from Tony Benn in 1981. He remained in the Shadow Cabinet until 1987, standing down from the House of Commons in 1992 when he became a life peer, Baron Healey of Riddlesden.

Click here to listen to the full interview with Denis Healey in the British Library.

“I could have taken a job at Oxford, I was offered a job at Merton College. The main reason I went into politics was to stop a third World War; because wars are made by governments and you can only really influence that if you are involved in politics and indeed government. That had a tremendous influence on me because I fought right through the Second World War in North Africa and Italy and was an expert on combined operations: I did the Anzio landing for example. The two things you learn from serving in a war is interdependence: you all depend on one another, you all depend on your friends in the same unit, the Army depends on the Navy and Air Force and so on. The other thing was the importance of planning. Knowing the planning at some point will go wrong.”