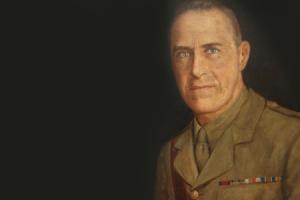 The origins of the History of Parliament

The History of Parliament was originally conceived by Josiah Wedgwood (1872-1942), MP for Newcastle-Under-Lyme in Staffordshire from 1906, and a Minister in the Ramsay Macdonald Government of 1924.

Wedgwood was a keen local historian and particularly interested in his forebears as MPs, and from 1928 began to try to persuade the government to fund a national dictionary of parliamentary biography, to record and identify all of the 75,000 members who had sat in all the Parliaments down to 1918. Despite the recommendation of a committee comprised of historians and MPs no funding was forthcoming from the government: instead, some private funding enabled Wedgwood to produce two volumes in 1936 and 1938 on an amateur basis. The History of Parliament Trust was founded in 1940 and determined to take the work forward on a more professional footing. Not until well after the war was it put on a secure foundation when in 1951 the Treasury finally agreed to fund the project. A committee of historians was established to direct it, a general editor and staff were taken on and eminent historians were invited to edit a number of sections. The project was based at the Institute of Historical Research in the University of London.