Lord John Russell was the third son of the duke of Bedford, an important Whig family. Outside Parliament he was also an author and historian. He was a long-time supporter of reform. His historical studies led him to believe that revolutions could be avoided if moderate reforms were passed.

He entered Parliament in 1813, and by the 1820s emerged as the leading Whig spokesman on reform. He condemned the ‘Peterloo’ massacre in Lancashire and argued that it would never have happened if Manchester had its own MP. On 25 April 1822 he gave a famous pro-reform speech in Parliament. He argued that the government was ‘obliged to enforce, by arms, obedience to acts of this House – which, according to every just theory, are supposed to emanate from the people themselves.’

When Earl Grey came to power in 1830, Russell was placed on the committee to draft a Reform Bill. His ideas shaped the measure itself: he argued that the population numbers recorded in the 1821 census should be the basis for which constituencies kept or lost their MPs, and which towns should get new MPs. Russell’s beliefs were quite moderate, however. He did not believe that everyone should have the right to vote, and argued against introducing the secret ballot at elections.

Russell was given the job of managing the Reform Bill in Parliament. In his speech explaining it to the House of Commons, he argued it ‘would not advance democracy, but it would make the constitution [political system] harmonize with the present state of the people.’ After the election of 1831 Russell became a full cabinet member. He enjoyed a long cabinet career and was twice Prime Minister, although historians argue that his record as Prime Minister was less successful than his time in cabinet. 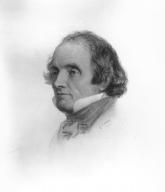 Lord Russell was one of the most popular politicians in the country after the Reform Bill. There was a craze for ‘Reform memorabilia’ commemorating him and other members of the government.