William Gladstone and the Liberal party won the 1880 election after 6 years of Conservative government. This Parliament passed three major pieces of reform legislation. Although MPs were still not prepared to give a vote to every man – and certainly not to women – these measures taken together gave more men the vote and helped change Britain’s politics.

The 1883 Corrupt Practices Act was guided through Parliament by the Attorney General, Henry James. It placed limits on the amount of money each candidate could spend on elections and defined what was corrupt.

The 1884 (Third) Reform Act (also drafted by James) and the 1885 Redistribution of Seats Act between them increased the number of voters from 3.15 million to 5.7 million. The rules over who could vote were made the same in the towns and the countryside (although who could vote still depended on whether you owned property or how much rent you paid). The redistribution act once again changed which communities had MPs, and for the first time constituencies were based on a roughly equal number of voters. Most now only had one MP, rather than two.

After these changes parties had to become much more organised, and their central organisations grew. The politicians also had to appeal to a ‘mass’ audience, rather than a small number of people with special interests. The growing number of newspapers were important to this.

Although the number of voters grew again, you still had to be the ‘head of your household’, and fairly well-paid, to vote. Of course, it didn’t matter how rich you were, if you were a woman, you still could not vote in parliamentary elections. 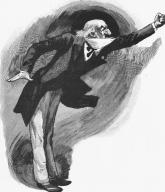 The Corrupt Practices Act had a large impact on election spending. In 1885 candidates spent just over £1 million campaigning, in 1880 some have estimated over £3 million was spent!