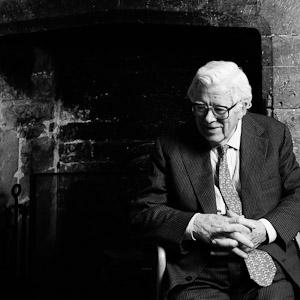 Richard Edward Geoffrey Howe was born in Glamorgan, Wales, on 20 December 1926. He was educated at Winchester College and did National Service with the Royal Corps of Signals (1945-48) before going to Cambridge. He was a member and chairman of the Cambridge University Conservative Association and a founding member of the Bow Group. He married Elspeth Rosamund Morton Shand (Baroness Howe of Idlicote) in 1953.

Howe was called to the Bar in 1952 and was made a QC in 1965. He unsuccessfully contested Aberavon in 1955 and 1959, a safe Labour seat. He was elected at Bebington, but lost the seat at the following election. Elected for Reigate in 1970, he became Solicitor General, working on the Industrial Relations Act and European Communities Act in 1972. In that same year he became Minister for Trade and Consumer Affairs until the end of Heath’s government in 1974.

In 1974 he was elected for East Surrey and served as Social Services spokesman and Shadow Chancellor of the Exchequer. When Margaret Thatcher became Prime Minister in 1979, Howe was named Chancellor of the Exchequer and occupied the post until 1983. His tenure was marked by policies to liberalise the economy and to reduce inflation. From 1983 he served as Secretary of State for Foreign and Commonwealth Affairs until 1989 when he became Deputy Prime Minister, Leader of the House of Commons and Lord President of the Council. He was Thatcher’s longest-serving Cabinet minister but resigned in 1990 over the government’s policy towards Europe. Howe stood down from the House of Commons in 1992 and was made a life peer as Baron Howe of Aberavon.

Click here to listen to the full interview with Geoffrey Howe in the British Library.

“It was quite difficult but it was always manageable [to have both a legal and a political career]. In a large number of the county court personal injury cases I did for the unions one could predict the duration... On one occasion I was doing a criminal case in Shropshire assizes and was on a three line whip back in London. The case was on Monday and Tuesday, and I chartered a plane to come back for the Monday vote... [On another occasion] I'd been doing a case at Haverfordwest Assizes against Emlyn Hooson. And I was able to say to him at the end of the second day when the case ended, ‘can I give you a lift back to London?’ And we did fly back in my chartered plane. As we flew over the RAF base in Wiltshire, as our plane was going over, the radio to which we were listening in the plane gave the news of the verdict of the case we’d been in. I won.”