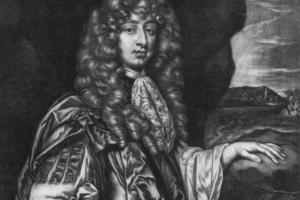 Chicheley, who had opposed the abdication vote in 1689 as making the crown elective, was nevertheless appointed a lord of the Admiralty by King William. One of the most experienced members of the commission, he was one of three regular attenders who transacted most of the day-to-day business. Returned for Newton by his nephew Peter Legh† of Lyme, a frequent house guest of Chicheley’s in Southampton Square, he was classed as a Court supporter by Lord Carmarthen (Sir Thomas Osborne†) in his list of March 1690. On 5 June he resigned from the Admiralty commission, giving no reason for his decision but probably disgusted by the divisions and mismanagement in the navy. At the beginning of the second session of the Parliament Chicheley was listed as a probable supporter of Carmarthen, in connexion with the projected Commons’ attack upon Carmarthen’s ministerial position, and the session saw him appointed to draft a bill to improve the recruitment of seamen (15 Oct.). In April 1691 Chicheley was listed as a Country supporter by Robert Harley*, but he had long suffered from lung trouble and died very suddenly on 20 Mar. 1691, being buried at St. Giles-in-the-Fields three days later.4