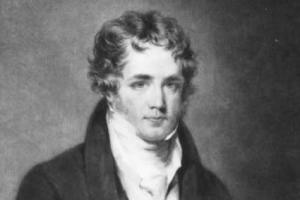 Pallmer, the scion of a well-connected planter family, was described by (Sir) George Nugent* in his sketch of Jamaican officials in 1806 as ‘shy, but rather of gentlemanly manners. Certainly weak and vain, but of some influence, as nephew to George Crawford Ricketts esq. who is a popular character.’1 He seems to have entered Parliament (on Sir James Graham’s interest) solely to champion the West India planters in their resistance to the slave registry bill. On 22 Mar. 1816 Charles Rose Ellis* wrote to Lord Binning, ‘I hope you and my cousin Pallmer will be able to agree on West India politics. There is a great deal of mischief lurking most conscientiously in that plan of Wilberforce’s.’ On 2 Apr. he addressed a public letter to Joseph Marryat* on the subject and was himself the addressee of one.2 In the House he made a long set speech defending the planters and blaming the slave insurrection in Barbados on dissenting missionaries and illusions of immediate emancipation. He concluded by moving for an address to the Prince Regent to instruct the West Indian governors to proclaim against the insurrection, which was accepted nem. con., 19 June 1816.

All Pallmer’s known votes in his first Parliament were with government, starting with the Duke of Cumberland’s establishment bill, 29 June 1815, and including the property tax, 18 Mar. 1816. He voted against Catholic relief, 21 May 1816. His inspiration for this vote was the Book of Revelations, chapter 17, v. 17. His last known vote was on 25 Feb. 1817. At the end of that session he vacated his seat. He was an admirer of Robert Peel II*.3

Pallmer chaired a planters’ meeting to petition Parliament in defence of their interests in 1818,4 but he did not return to Westminster until 1826. His Surrey neighbour and connexion was the prime minister, Lord Liverpool, with whom he corresponded on subjects on which they were both interested, such as the welfare of the poor and of boy chimney sweeps.5 He spent £1,200 on the erection of National schools for boys and girls at Kingston in 1819. He was also a model farmer. Later he returned to Jamaica, but died in debt at Boulogne, 30 Sept. 1848.6