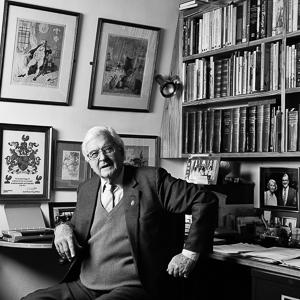 Having been secretary of the Union and Chairman of the Oxford University Conservative Club, Baker served as a councillor from 1960 to 1962 in Twickenham Borough Council. He unsuccessfully contested Poplar in 1964, but was elected for Acton in 1968. He served on the Public Accounts Committee from 1969-1970. He lost his seat at the 1970 election, but returned to Parliament after winning a by-election at St Marylebone later the same year. In 1972 he became Parliamentary Secretary at the Civil Service Department and in 1974 Parliamentary Private Secretary to Ted Heath. He was appointed Minister for Information Technology in 1981 and subsequently became Secretary of State for the Environment in 1985. He served as Secretary for Education from 1986 to 1989, after which he was appointed as Conservative Party Chairman (1989-90) and Home Secretary in the Major government (1990-92).

He stood down from the House of Commons in 1997 and was made a life peer as Baron Baker of Dorking, of Ilford in the County of East Sussex.

Click here to listen to the full interview with Ken Baker in the British Library.

I got myself put on the candidate’s list for the Conservative Party. I was clearly a conservative, clearly in a conservative vein. And I put myself forward for Poplar, the east end seat, it was a clearly a Labour seat. Because in those days if you wanted a political career, you start in the Labour seat, you go to a marginal seat then you go to a safe seat. You don’t do what Cameron and Osborne have done: parachuted straight into safe seats. You worked your passage. And I worked by being a councillor first of all and I went and worked and so I stood for Poplar in 1964 Election… [The selection process] was very interesting. It was a very safe Labour seat but the Bow Group started, a Conservative sort of left-centre thinking group with people like Leon Brittan and Geoffrey Howe and people of that sort formed a thing called Bow Group in late 1950s, early 1960s, and they met at 151 Bow Road which was the headquarters of Poplar Conservative Association next to Poplar Town Hall and I went along to some of those Bow Group meetings, and I got to know the area a bit, I got to know the people and so when the seat came up I remember Geoffrey Howe saying ‘Why don’t you apply?’ So I said ‘Why don’t I apply?’ So I applied. There were two or three other applicants who later I think became MPs. I can’t remember the names now, but I got the candidacy in 1963.
You were interviewed for it?
You went to a meeting in 153 Bow Road, there were about 25 or 30 or 40 people in the selection room, you had to make a speech and you had to answer questions. Your wife had to come with you, if you were married, who just sat there, and you were judged that they and you were told that night if you got it or not. And that was it. It had no money at all so we had to raise money locally with bazaars and that sort of thing. I’ve done a little bit of that in Twickenham when I was a councillor so I knew a little bit about that. The fact that I’ve been a councillor was helpful. The fact that I’d been a politician in Oxford was probably helpful as well, but not decisive. The fact that I was also a businessman, because at this stage I was working for Minster Trust and they said ‘yes, go ahead, have a go, I don’t mind that. I will help you along’ and so I stood as the candidate in 1964.